Back in the 1980s Janie Meneely began writing songs about the Chesapeake Bay, and she hasn't stopped yet. “There’s so much sing about,” she says. Janie brings her songs and stories about Bay people, places and traditions to stages throughout the Bay watershed and waterfronts the world over.

“I grew up on Spa Creek, in the heart of Annapolis,” Meneely says. “I can remember when the City Dock was jammed with workboats.” Nowadays recreational boaters have replaced the sleek working vessels that hauled crabs, fish and oysters to markets around the Bay. “So many people come here now to revel in what the Bay has to offer, but they have little knowledge of what used to happen down on the docks,” Meneely continues. “They never got to sit around the liar’s bench in a country store. They never got to watch a fleet of skipjacks dredge for oysters.” Her remedy for that is to write songs chronicling her own Bay experiences and capturing the stories she’s heard over the years—either as a little girl hanging around her father’s boatyard, or during her professional stint as a journalist for Chesapeake Bay Magazine. From iconic lighthouses to tragic shipwrecks, her songs bring to life some of the places and characters who add spice and color to Bay history.

“The Oyster Wife” tells the story of oyster poachers on the Potomac River through the eyes of a mother and wife waiting on shore. “You can hear the guns go off,” she sings in her clear soprano, “not so very far away. Patrol boats are running with the tide. Just pray to God that your daddy’s safe away—we don’t have cash to pay another fine.”

Another of her popular songs suggests that a waterman’s kiss is enough to get a mermaid in a “family” way. Speaking of mermaids, she often recounts an encounter between the mermaid Nasty Nell and a Bay waterman named Bunky—it doesn’t go well. And ghosts? Meneely must have a song for every ghost ever sighted on the Bay, from the denizens of Point Lookout Lighthouse to Big Liz who lurks in an Eastern Shore swamp.

Meneely often peppers her musical programs with quick stories—vignettes of her own life, working as a sailmaker, for example, mending the heavy skipjack sails, or humorous tales she’s picked up around the waterfront.

These days, she’s partnered with Dutch-born guitarist/vocalist Rob van Sante who adds his flair for harmony and his stellar guitar accompaniment to her songs. “He’s my waterman’s voice,” says Meneely, referring to the number of songs that require a more masculine approach in the lead. “I just don’t sound like a crusty old waterman when I sing.” Van Sante has also co-written many of Meneely’s latest songs, like Claud W. Somers, 1977, providing a melody for Meneely’s lyrics.

Sometimes saucy, sometimes serious Janie Meneely’s songs and stories offer audiences a glimpse of a rapidly disappearing way of life and invite them to join in on the chorus. 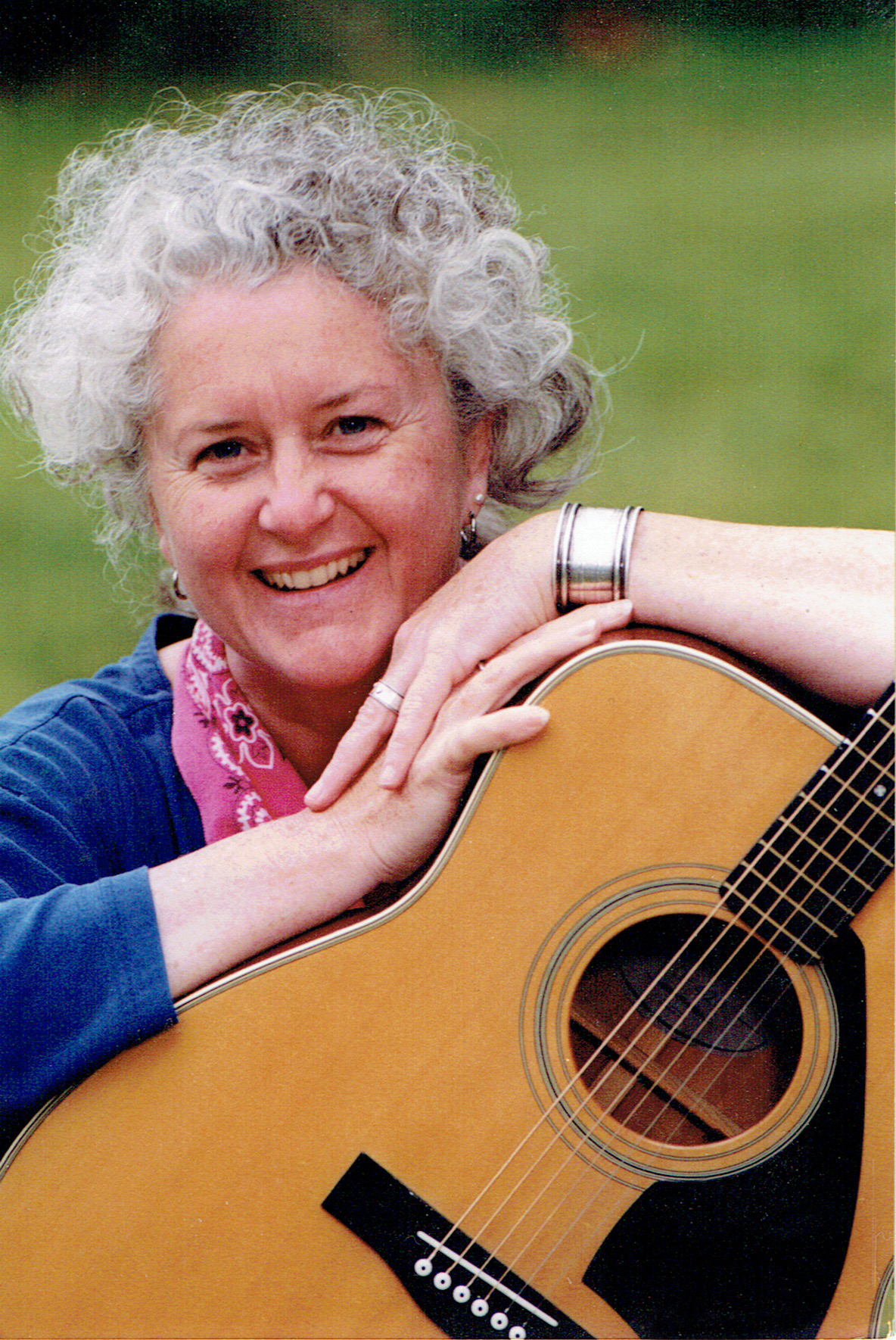 About Janie | About Bay Music